With over 20 years in the residential property management industry, our vast knowledge of rental market conditions, landlord tenant laws, property accounting and maintenance make us the leader in our marketplace. We stick to what we know. Our brokerage is strictly focused on Property Management and Leasing so that we can provide you with the expert knowledge you have come to expect from Windermere. Let us help you protect your investment.

Lori Gill & Associates was founded based off of a passion for pairing residents with the right home. There are many things that can go wrong when it comes to caring for a property, including disconnects in resident communication and an owner's dissatisfaction with their property's stagnancy. At LGA we do everything we can to streamline communication and provide beautiful properties for both residents to enjoy and owners to be proud of. Welcome to our family!

Whether you're a new resident or an owner seeking management services, we provide thorough and straightforward introduction packets upon our first interaction. You are assigned an agent as your point of contact and they will carry you through the journey of successful management endeavors. Please let us know today how we can help you pursue your dreams. 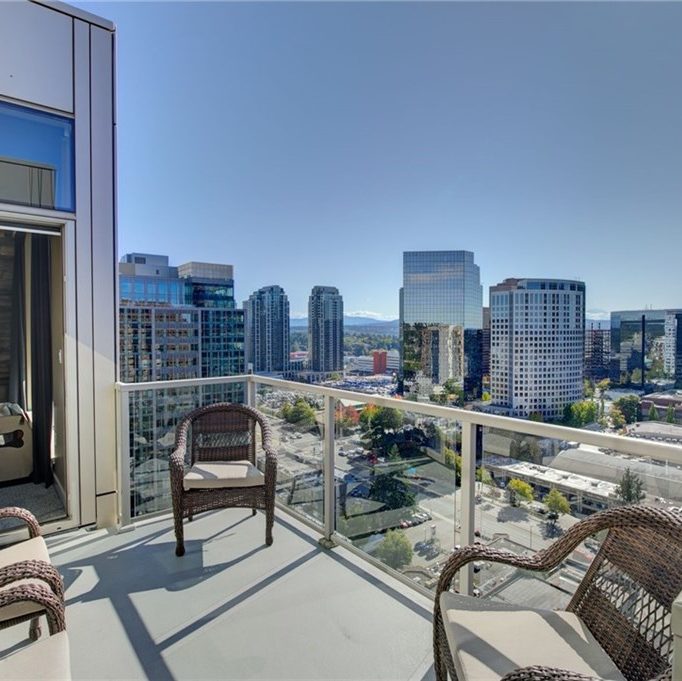 John W. Jacobi founds Windermere Real Estate with the purchase of an eight-agent office in the Seattle neighborhood of Windermere. This area still serves as the company’s headquarters today.

With nine offices in the Seattle area, Windermere Services is created to provide marketing, legal, financial and technology development services for the Windermere network

The Windermere Foundation, a nonprofit organization designed to fight homelessness, is created.

The Premier Properties™ program is created to give agents special tools to market luxury homes and estates.

Windermere adds its first affiliate office in Eastern Washington to the group of 77 offices. Windermere is the first real estate company to offer a system-wide agent retirement plan.

Windermere expands to Oregon, adding offices in the Portland metro area and Oregon coast, and later moves into Southern Oregon.

Windermere opens its first affiliates in Arizona, Montana, and Nevada. The Windermere network expands into Southern California, Silicon Valley, and the Monterey Peninsula. Windermere Technology continues work on a “One-Application” technology framework, including total transaction management for the agent, and fully customizable tools such as saved property searches for the Windermere client.

The inaugural Windermere Index, a leading indicator of local residential real estate activity, is published for the Puget Sound region. Washington CEO Magazine names Windermere founder John Jacobi to its Power 100 list of people who have shaped the region.

The Windermere Foundation receives the Arthur S. Langlie Award for Visionary Leadership from the Salvation Army. The first Windermere affiliate in Los Angeles, California opens. The Windermere network expands into Utah, bringing the entire network to more than 275 affiliates.

Windermere grows to more than 300 offices, and enhances the open house experience with unparalleled in-home details and a new open house search tool on Windermere.com. The Windermere Foundation raises more than a million dollars through the generous donations of its agents, office owners, and staff.

The 24th annual Windermere Cup rowing regatta sees a historical match-up between the University of Washington and Oxford, with the UW taking the cup in both the men’s and women’s races. Windermere kicks off its social media foray with the launch of Facebook and YouTube pages. The Windermere Foundation raises over one million dollars for children and families in need.

Windermere Modern is launched; a program designed to meet the unique needs of buyers and sellers of modern architecture homes. Windermere kicks off a year-long community service campaign entitled “Building Better Communities, One Home Sale at a Time,” which sees Windermere offices throughout the Western U.S. take on projects to improve their local communities. Windermere and its partner, the University of Washington, celebrate the 25th Anniversary of Windermere Cup. Windermere is named “Most Respected Real Estate Brand” in an independent survey conducted by the Puget Sound Business Journal.

Windermere celebrates the 40th anniversary of the company’s founding in 1972.

For the 30th anniversary of the Windermere Cup rowing regatta, the University of Washington comes in first place, beating the Russian Men’s National Team and the Cambridge University Women’s Boat Club. Windermere launches W Collection, an elevated marketing program for luxury homes priced at $3 million and above. Windermere becomes the Official Real Estate Company of the Seattle Seahawks, a partnership centered around a #tacklehomelessness campaign to raise money for homeless youth.